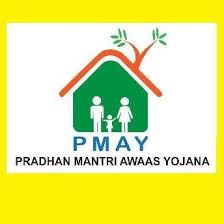 Pradhan Mantri Awas Yojna (PMAY) renamed from Housing for all by 2022 scheme has been launched by the government. The PM Awas Yojna aims to provide affordable homes to about 20 million families within next 7 years i.e. from 2015 to 2022. EWS and LIG categories of the urban society will be the main beneficiaries of the scheme.

Below are the quick links to access the detailed information about PM Awas Yojna 2015 housing scheme such as subsidy information, loan facility, facilities of the housing projects, application forms and procedure and much more.

The following demographics are eligible for the scheme:

Pradhan Mantri Awas Yojana or Housing for all by 2022 Scheme –

Based on recent estimates, as of September 2016, the population of the urban dwellers in India increased at an alarming rate and is expected to see a greater rate of growth in the following years. It is said that by 2050, urban dwelling population will rise to 814 million people. The calculation predicted is almost twice the number that already reside in urban areas. The major challenges also include providing people with housing options that are affordable and other major related concerns such as sanitation along with sustainable development. The Ministry also has to ensure a sustainable and safe environment for the urban population.

The EMI calculated will be significantly low under this scheme as the current home loan rate is 10.50% but will be reduced down to a whopping 6.5%, as mentioned earlier. Based on this interest rate the monthly installment payable for this loan, let’s say of Rs. 6 lakh for a term of 15 years would come to approximately Rs. 6,632. But the revised rates will allow a higher reduction which will reduce it to EMI of Rs. 4050 at 6.5%. So, people get to benefit a lowering of one-third of what they were paying earlier, which is Rs. 2000. There are 4 aspects of the subsidies:

The 3 Phases of the Urban PMAY Scheme:

Here is how the scheme will be played out in 3 phases:

Phase 1: It was expected to start by 2015. 100 cities across the country are targeted and the list can be found in the application form. This phase is supposed to end in March 2017. The cities under this scheme are expected to enjoy affordable housing under the scheme based on the PMAY objectives.

Phase 2: It should ideally start by April 2017 targeting 200 cities in the country and end by March 2017. The objectives remain the same.

Phase 3: The concluding phase will last for 3 years but with the target of all the remaining cities under the scheme. The phase is expected to begin in 2019 and end by March 2022.

The beneficiary of this scheme is defined as the following:

Income Requirements of the Beneficiary for PMAY: The economically weaker sections consist of families with a yearly income of less than 3 lakhs. People who belong to annual income group of Rs. 3 lakhs and up to Rs. 6 lakhs will fall under lower income groups or LIG.

Credit Linked Subsidy, is a scheme launched by our honourable Prime Minister Shri Narendra Modi for Economically Weaker Section (EWS) and Low Income Group (LIG). The beneficiary would be eligible for interest subsidy on purchase/construction of a house. The scheme is also available for enhancement of a dwelling unit.

A beneficiary is defined as:

A family comprising of husband, wife and unmarried children

What are the income norms for EWS and LIG categories?

The income norms for EWS/LIG categories are defined as follows:

EWS households with an annual income up to Rs. 3 Lakh

LIG households with an annual income between Rs. 3 Lakh to Rs. 6 Lakh

What is the applicable interest subsidy and the loan amount?

Beneficiaries of Economically Weaker section (EWS) and Low Income Group (LIG) seeking housing loans would be eligible for an interest subsidy at the rate of 6.5% for a tenure of 15 years or during tenure of loan whichever is lower on the initial Rs. 6 Lakh. Any additional loan/s beyond Rs. 6 Lakh, will be at nonsubsidised rate.

How will I receive the interest subsidy benefit?

The bank will claim subsidy benefit for eligible borrowers from National Housing Bank (NHB). The NHB will conduct a due diligence to exclude claims where customer has submitted multiple request. For all eligible borrowers, the subsidy amount would be paid to the Bank. Once the bank receives the interest subsidy, it will be credited upfront to the Loan Account. The subsidy will be calculated on NPV basis at the rate of 9% discount rate.

*The above example is for illustration purpose only and will depend on the actual amount received or any changes done by NHB on the same.

What is the size of dwelling units under Credit Linked Subsidy Scheme?

The Credit Linked Subsidy is available for housing loans availed for new construction and addition of rooms, kitchen, toilet, etc. to existing dwellings as incremental housing. The carpet area of houses being constructed under this component should be up to 30 sq. m. for EWS category and up to 60 sq. m. for LIG category. However, the beneficiary can construct a bigger house.

Where can I apply for Credit Linked Subsidy Scheme (CLSS)?

You can apply for Housing Loan under CLSS at any Govt or private Bank branch.

Do I have to give any additional documents to avail this subsidy?

No, there is no additional documents except a Declaration of not owning a pucca house. Customers not having income proof would require to submit an Affidavit.

Is there any loan amount limit on this scheme?

No, there is no loan amount limit under this category of loans.

I have a small business, can I avail Home Loan under this scheme?

Yes, you can avail this facility, if you qualify for the income criteria defined under this scheme.

Pradhan Mantri Awas Yojana is a government subsidy scheme for families buying their first house, though there is no upper Loan Amount and Tenure cap for the scheme, however the subsidy benefit would be available on the initial Rs. 6 Lakh. It would be computed at a rate of interest of 6.5% p.a on a maximum amount of Rs. 6 Lakh or the loan amount whichever is lower for 15 years tenure with discounting rate of 9%. For 6 Lakh the interest subsidy comes to around Rs. 2,20,000. Hence an upfront subsidy of Rs. 2,20,000 would be claimed by the bank from NHB and the same would be adjusted against the outstanding amount in the Loan Account. The loan outstanding would reduce and result in lower EMI of approximately Rs. 2,000.

Under the PM Awas Yojna, differently-abled and older persons of the society will be given preference in the allotment of ground floors under the PM Awas Yojana Scheme. The housing units constructed under the scheme will also witness the use of more eco friendly, innovative and sustainable housing construction technologies.

WhatsApp us & get offers